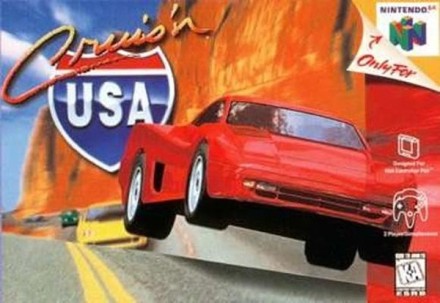 Gameplay: This is a fairly typical racing game, the only real attraction of the game was the ability to play in various locales around the US. The gameplay itself is pretty boring and not all that great. Sure you could play with others, but it was still not that great a game even with a friend playing by your side in the arcade. Don’t even get me started on the N64 version….

Art: The art has aged incredibly poorly. That is completely expected however though given that it was during the start of the 3D Era of games in the early 90’s.

Music: The music was okay, not that you could really hear it in an Arcade.

Overall: Skip this game, it’s completely boring compared to any good racing game, and doesn’t even come close to something like Mario Kart.