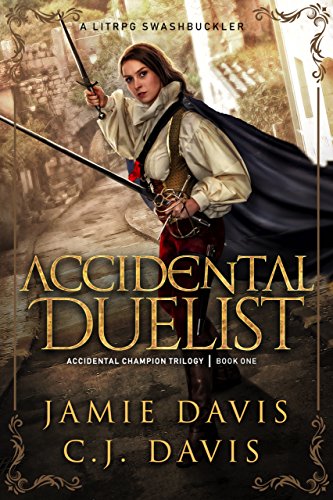 This week for Bookish Wednesday I’m back with the first book in a sequel trilogy that made me hate the original one. It’s Accidental Duelist, Accidental Traveler Book 04 by Jamie and C.J. Davis!

Plot: This book opens up with a point of view from Kay, one of my favorite characters from the original trilogy. In a move that absolutely disgusted me, it completely trivialized the entire original trilogy by pretty much making her absolutely useless in the years since Hal left Fantasma. And killing everyone she cares about except one grandson who she doesn’t get along with. This was the proverbial straw for me, and pretty much colored my entire impressions of the original trilogy, where there were plenty of faults already. I couldn’t finish this book, and that’s truly saying something for me, because I tend to finish every book I begin reading unless it really offends me like this book did.

Characters: Cari is our main character, and now that she’s all grown up she’s not a great character. She’s spoiled and argumentative and frankly I could see the impending character arc where she grows up on her journey in Fantasma from a mile away. So I didn’t really care for her, and since Hal was generally a poor main character anyways I had little hope she’d be any better. Kay, my favorite character from the original trilogy was reduced to uselessness through both age and political intrigue that shouldn’t have happened after the original trilogy.

Overall: Skip this book, it’s utter garbage for what it does to the characters from the original trilogy. 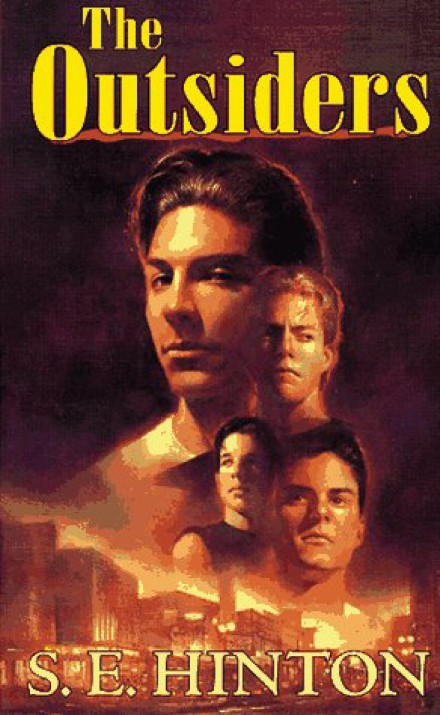 This week for Bookish Wednesday I’m back with a classic novel. It’s The Outsiders by S.E. Hinton!

Plot: The plot was pretty good to me when I was a kid although looking back it’s got too much angst for my tastes now. It deals with two rival gangs of young adults who are called the “Greasers” and the “Socs” (short for social). That being said it’s also highly controversial since the story details gang violence. Personally I have no problem with the story itself, I think I read it when I was 11 years old but I could be wrong and read it earlier. A couple fun facts about The Outsiders, it takes place in Tulsa, although that’s never stated explicity in the story. Secondly it was written when Hinton was only 16 years old. Considering that this book is highly controversial even today that’s pretty darn impressive for such a young woman to write.

Characters: Ponyboy is our main character and narrator, and while I don’t particularly like him now, he is rather well written and I did enjoy his character when I was much younger. The rest of the cast is great, although I think my favorite is Cherry if only because she’s written rather well.

Overall: This is a must read novel, if only because it’s been banned in some places because it’s “too violent”.

For those who like: High School Drama, Gang Stories, Drama, Action, Great Cast of characters. 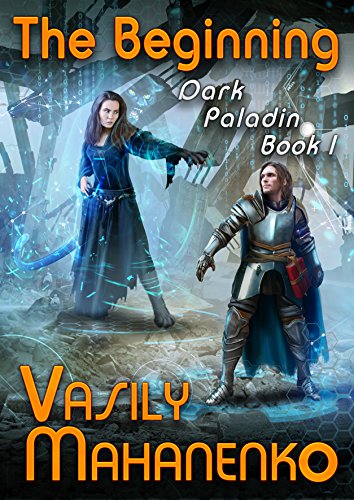 This week for Bookish Wednesday I’m back with another LitRPG. It’s The Beginning by Vasily Mahanenko!

Plot: The plot is pretty bad. Honestly our main character Yaropolk is incredibly unlikable and the plot doesn’t back him up all that much. The basic premise is that the world is a game and only a few people actually know that fact. Everyone else is just screwed.  Our main character finds out and starts out on this quest to become a “Player”. It’s been done before and usually is done much better than this. It might just be that the translation is bad, which is a thing I’ve noticed with Russian LitRPGs. Honestly Russian LitRPGs are super disappointing in general and if I wasn’t trying to clear out the backlog of books I’ve read for this column I wouldn’t even bother looking up the book again to see the main character’s name that I forgot because I disliked him that much.

Characters: The cast is bland and full of a bunch of jerks. Honestly there’s really not a single likable character in this entire book.

Overall: Stay clear of this and any other series from this author, you’ll just be disappointed.

For those who like: Mediocrity and Disappointment, you masochists.

Not for those who don’t like: Either of the above, or just have standards in general. 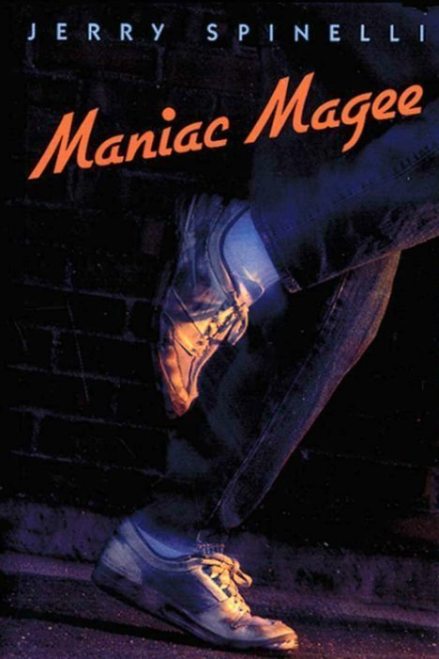 Hey all I’m back with a book I’ve been trying to remember the title for since I started writing my blog. It’s Maniac Magee by Jerry Spinelli!

Plot: The plot is okay, it deals with lots of issues that were highly uncommon for the intended reader’s age range at the time, including racism and being homeless. Honestly it’s all dealt with a bit poorly, it’s framed as a legend so it doesn’t really convey the seriousness of the subject matter at times. That isn’t to say that a kid won’t pick up on those lessons, but it’s not as reinforced as more contemporary books might handle the issue, and certainly not like Huck Finn does.

Characters: The cast is okay, honestly I don’t particularly like the cast all that much, but I remember reading this book as a kid and enjoying the story. Still the cast felt a bit forced for me at the time, which is partly why I couldn’t remember the title of this book.

Overall: A decent kid’s book, which has apparently been made into a movie according to Wikipedia. 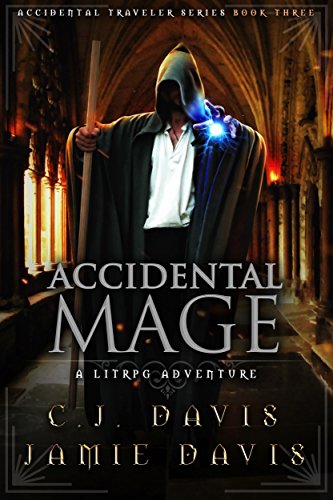 Hey all I’m back with the sequel to Accidental Warrior for this week’s Bookish Wednesday. It’s Accidental Mage by Jamie and C.J. Davis!

Plot: The plot is really stereotypical, and honestly it was a huge disappointment compared to the first book. The fact that this ends the trilogy, but not the series, in such a slipshod manner doesn’t make me feel any good will towards the authors for what started out as an interesting and fun LitRPG series. If it sounds like I’m harping on the authors for creating a really bad series, it’s because I am. I was honestly expecting much more from them after the first book, but instead it continually was full of Hal being pompous and a bit of an ass even after he learned the “truth” behind the game. That was forgivable in the first book, because he wasn’t taking the adventure seriously much of the time and he was supposed to be an affable rogue. The later entries however didn’t get that excuse anymore.

Characters: Honestly the evil emperor trope was so overdone and played so straight that I couldn’t take his character seriously, the fact I have trouble remembering his name doesn’t help that fact. The rest of the cast was really quite disappointing as well, with Kay being again kept mostly to Hal’s shadow.

Overall: A terrible ending to the series, the first book was pretty decent, but take that as a standalone and you’d be mostly satisfied. The other entries were just a disappointment.