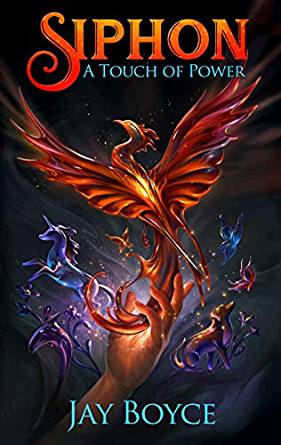 This week for Serial Saturday I’m back with the second volume of the Siphon series. It’s Siphon Volume 2 by Jay Boyce!

Plot: First let me say that yes I do know that there is an audiobook release of this already out, but I had this post planned for a while and had a rough draft stored in my notes of my thoughts on the original unedited version on RoyalRoad so I won’t be covering the released versions until the third book is released.

With that out of the way let me say that this second entry in the series was pretty good and covered a ton of threads that came up by the end of the first book and has Jade actually attending the school Dracona that was teased way back in the first few chapters. There were some points where I cringed, but that might just be due to Jade being a dork at times.

Characters: We get to meet a bunch of new characters in this entry, which makes sense given all the new people she has to meet at Dracona. Of the newcomers I think Brady is my favorite, if only because he is the small blades teacher and I’ve always loved the rogue archetype. The rest of the cast is good, although there were some characters that felt a bit forced that may or may not show up in the edited release.

Overall: A solid entry, although I do wish the author was more timely with her releases I am given to understand she has been dealing with health issues. 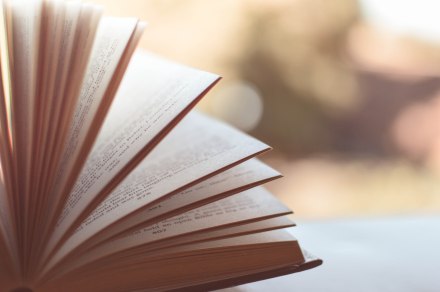 Hey all I’m back with a review of a series I was asked to do much earlier this year during my Hiatus for this week’s Serial Saturday. It’s The Undead World by Donkereweg!

Plot: This is a typical Isekai/LitRPG but it’s much too dark just for the sake of being dark. The current big go to genre word in the fiction community is “Grimdark” and every newbie author is just tagging it into their stories just because it’s the new fad. Like Twilight and all it’s ilk, most Grimdark stories are utter trash and this one is not much different.

Example: Not only does the MC get NTRed in the first few chapters, which is always a mark in the negative for me, but he loses his first friend he makes after dying. Why? Just because the author felt like being a dick and trying to be dark. There are ways of creating conflict without killing off every other named character or making every MC an edgelord. Take some of the classics like Lord of the Rings. Of the main characters only one dies for good, and even then it’s after being a dick and betraying the party that said character dies.

Characters: Our main dude Dantalian or whatever he goes by now is not interesting to read about and about as 3-dimensional as a sheet of a paper. The rest of the cast is no better, and most character are either killed off or just forgotten because they’re no longer important at all to the Author. Heck even the weapon-smith that Dantalian meets in the Undead City is unnamed in a later chapter. Classic sign of laziness by the author right there.

Grammar: For being a non native English speaker and this being their first work the author’s writing here is about the only good thing I can give this story a plus for. It’s not amazing grammar, but I’ve read worse. Still needs a lot of work, and honestly it could use a few editing passes at the very minimum just for grammar.

Overall: Steer clear, it’s a blatant attempt at trying to get into the writing business by jumping on the latest genre fad, Grimdark. 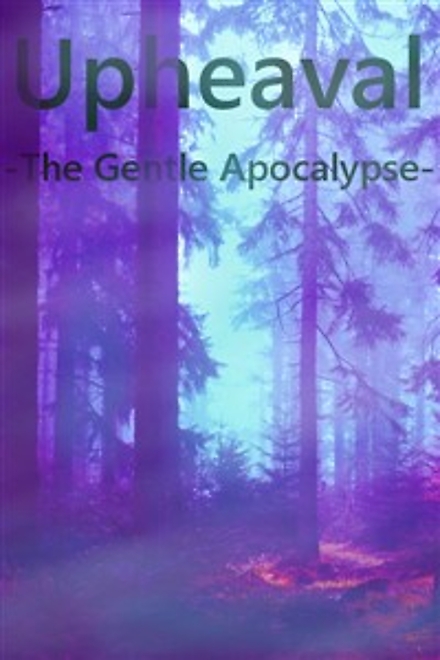 Hey all I’m back again with more of Lars’ shenanigans for this week’s Serial Saturday. It’s Upheaval Chapters 9-16 by Hodhandr!

Plot: Again like the last set of chapters this is really slow and much more Slice of Life than action oriented. That said there is action, just not a bunch of it. Honestly if you want anything resembling a plot, or action you’d best look elsewhere.

Characters: We get introduced to a couple new faces, but they aren’t very consequential in the grand scheme of things.

Overall: An okay set of chapters, but like the last severely lacking in a driving force in the plot or much action.

Hey all I’m back with another LitRPG for this week’s Serial Saturday. It’s Upheaval Chapters 0-8 by Hodhandr!

Plot: The plot is really quite haphazard, and doesn’t really go anywhere. It’s very much a Slice of Life series that has LitRPG elements. That’s not a bad thing exactly, but for some they’ll only get pissed off that the story doesn’t really ever progress. If you were expecting it to be like most other LitRPGs with tons of action and adventure, you will be very disappointed.

Characters: Lars is our main character and he’s very much an airhead. He does things that most would either find horrific or does stuff that most people would think is really stupid. Granted that the plot allows for some ridiculous things, but honestly I don’t like the main character all that much. The rest of the cast is fairly boring at the moment, though it does get a bit better later on.

Grammar: It’s passable, but it can be grating at times. If you are expecting quality work here in terms of grammar, you will be disappointed, but not to the point of wanting to throw something out or through a window.

Overall: An okay series, but it’s not that great. If you’re bored there are worse series to read out there, but there’s also better series to read.

For those who like: LitRPGs, Slice of Life, Fantasy, Airhead Lead Characters. 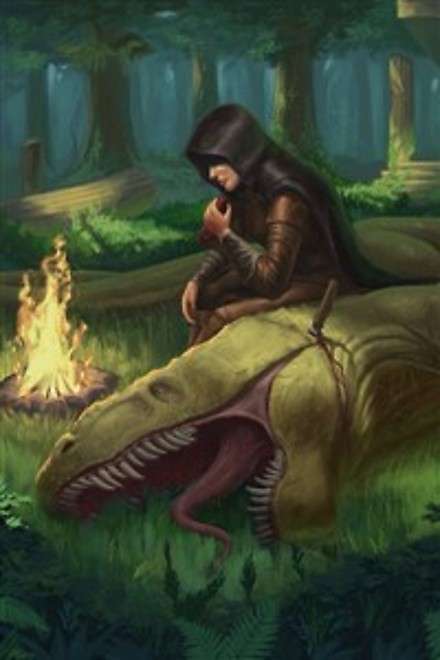 This week for Serial Saturday I’m back with the second set of chapters in Rhaegar’s first novel. It’s Azarinth Healer Chapters 10-18 by Rhaegar!

Plot: The plot moves on pretty quickly and we finally get to see Ilea really put her powers into action against things other than Drakes. And it’s quite a blast to read. That’s all I’ll say, because if you enjoyed the story up to here, this set of chapters isn’t going to change that opinion.

Characters: We get to meet a few new characters in this set of chapters, but my favorite is Ellie easily. That being said Ilea is still the star of the show and I can’t say that it’s a bad thing since she’s such a fun character.

Overall: A fun and very good set of chapters in this series written by a complete amateur.