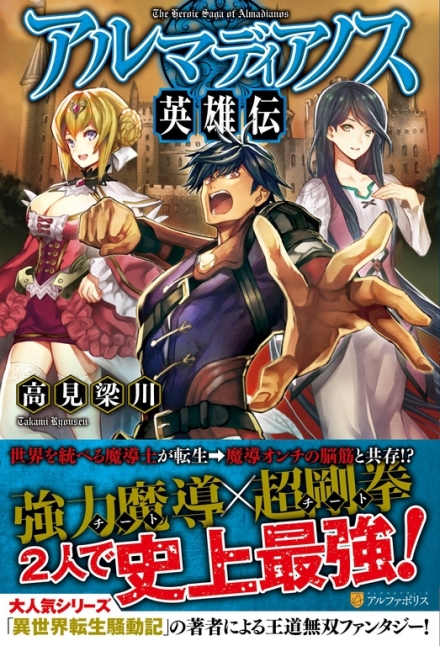 This week for Translation Necessary Thursday I’m back with another Light Novel series. It’s Almadianos Eiyuuden Volume 01 by Takami Ryousen!

Plot: The plot is pretty good, although it takes the Isekai and Tensei genres in a rather new and interesting way. Instead of taking a character from Earth we get an all powerful character from some random fantasy world who is so bored that he ends up hitching a ride in the head of one of his other incarnations in another world. The fact that he ends up being ignored half the time by said incarnation is just half the fun. That being said this does have a more romantic bent from what I can remember so if you don’t like your action and adventure novels having that you will not enjoy this series.

Characters: Bernst and Kurats are the leads, with Bernst being the old man who is hitching a ride and Kurats being his incarnation. Kurats is kind of a dolt though. That being said Lunaria is probably my favorite character, if only because she’s the somewhat sensible one. The rest of the cast is fun as well, but Lunaria is my favorite by and far.

Overall: A fun series at least thus far from what I’ve read in this single volume alone.

For those who like: Isekai, Tensei, Action, Adventure, Harems, Fun Plot, Varied Cast of Characters. 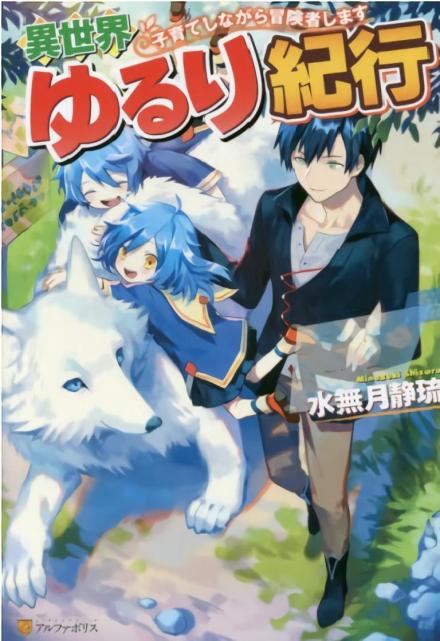 This week I’m back with the second set of chapters in Takumi’s journey in another world with children. It’s Isekai Yururi Kikou Chapters 41-80 by Minazuki Shizuru!

Plot Synopsis: 『I’m terribly sorry』 A god was suddenly prostrating in front of me, Kayano Takumi. I was apparently killed by mistake. Moreover, I can’t be reborn again. However, I am able to live in a different world? Then, let’s do that, please. The god made a mistake again and transferred me into a dangerous forest. Seriously, what’s going on? Besides, there are children here. I can’t leave them here, I will take care of them…

Plot: This is another heartwarming set of chapters in a series that just makes you smile, unless you are a heartless monster. I can’t help you if that’s the case. Honestly this set is pretty fun with Takumi meeting a peer of his along with Allen and Elena. The fact that those two kids are ridiculously overpowered just like Takumi is just hilarious sometimes.

Characters: We get to meet quite a few new faces in this set of chapters, which is good. Personally I like Takumi’s peer the best. As for who that is I’ll leave it to you to find out. However Allen and Elena are still just way too adorable and make you want to just grin like a doofus.

Overall: An awesome second set of chapters. If you haven’t started this series yet I’d advise doing so. It’s a nice change of pace from other series. 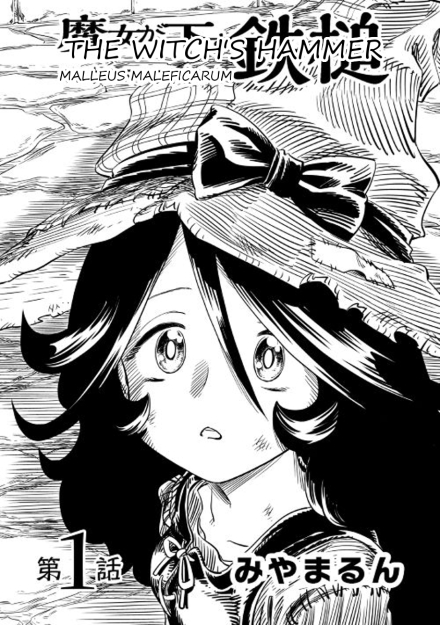 This week for Sensate Saturday I’m covering a series I came across recently. It’s Witch’s Hammer by Miyamarun!

Plot Synopsis: The chivalrous thief Chloe spends her days and nights acting on behalf of those in need, resulting in her being seen as the hero of the poor, but Chloe herself feels guilty thinking of how a mere thief like her is regarded so highly. However, meeting the witch named Meifa will change her fate…

Plot: This is a fairly creepy series, and while there are only two chapters out thus far, I was thoroughly hooked. I won’t go too much into detail since that’ll take away the fun of reading the chapters for yourself, but I’ll say that everything is not as it seems.

Characters: The entire cast is pretty interesting, with the Guard Captain being a stickler for the rules even if he does sympathize with the masked woman thief, Chloe. Chloe on the other hand seems fairly shallow thus far, but that will probably be taken care of in future chapters. Meifa is just plain creepy. Monica on the other hand is kind of a bitch, although whether she is right in doing so or not remains to be seen. That is pretty much the entire cast in a nutshell.

Overall: While there aren’t many chapters out as of right now, in the future this should prove to be a very interesting series. Definitely worth a read.

For those who like: Fantasy, Chivalrous Thieves, Great Plot, Amazing Cast of Characters, Fantastic Artwork.

This week for Sensate Saturday I’ve got a Quick Review of an adaptation from a Light Novel. It’s From Maid to Mother by Yuzuki Seiya!

Plot Synopsis: A high school girl reincarnates in another world as Lily Ruzsa. While she occasionally reminisces about her past life, she is now known as “the Maid of the Royal Family,” after helping to rear the lady who eventually married the crown prince. One day she gets a sudden and unexpected request from the Court Magician….

Plot: The plot of this first chapter is more amusing than heartwarming, though I will say I took a peek at the second chapter and it does become rather heartwarming. This isn’t a series full of action and adventure, it’s decidedly Slice of Life and that isn’t a bad thing.

Characters: Lily is our main character and she doesn’t have any cheats, or special abilities from reincarnating into another world. All she has is her knowledge as a motherless child from Japan who had to take care of her younger brother and sister while her father worked. It’s a refreshing change of pace from the cheat level characters that so often happen in Tensei or Isekai stories. Leonard, the male lead, isn’t a bad character just really blunt and socially awkward. I like him quite a bit, if only because I see parts of myself in him.

Art: The art is excellent, which makes me really want to read the original Light Novel, however said Light Novel hasn’t been translated past the first few chapters.

Overall: A great read if you need something to warm your heart up on a Winter day.

For those who like: Slice of Life, Fantasy, Magic, Drama, Romance, Excellent and Heartwarming Plot, Great Cast of Characters, Awesome Artwork.

Not for those who don’t like: Any of the above, but how can you hate all that? 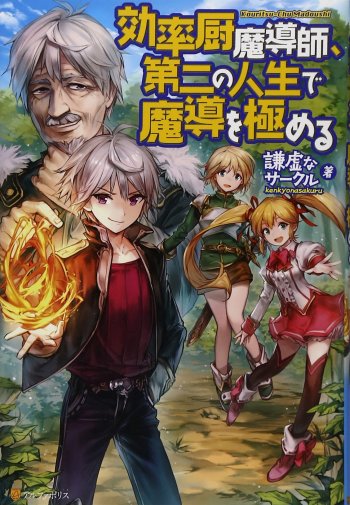 This week for Manga Monday I’ve got another Quick Review! It’s Re Master Magic by Kenkyo na Circle!

Plot Synopsis: Zeff Einstein spent his whole life mastering fire magic and was finally recognized for it, yet a new spell that was soon created revealed that his talent for red magic was his lowest. Bitter at the thought of all his wasted effort, he creates a spell to send his old self back in time to his younger body…

Plot: The plot for this first chapter is fairly stereotypical, but it doesn’t mean that I don’t find it interesting, I’ve always thought redemption stories are always interesting and given my recent reading of series like Against the Gods and Tsuyokute New Saga the fact that this didn’t bore me instantly says something good about the series. Now granted I’ve read only the first chapter of this Manga that is an adaptation of a Light Novel, but I’m still hopeful for the series. Maybe I’ll even read the original source material of the series that’s been translated and cover it on a Translation Necessary Thursday.

Characters: Zeff is our main character, and he’s pretty interesting although not quite at Yun Che or Lin Feng levels, he still is fairly interesting. Zeff’s Mother and his teacher Claire are the only other named characters we meet in this chapter, but I have to admit that I found Claire to be oddly overprotective towards Zeff.

Art: The art in this first chapter was pretty great, and it’s definitely sparked my interest in reading the original source material.

Overall: I’m going to give this the temporary go ahead, and I’ll probably cover this series in a future Translation Necessary Thursday.