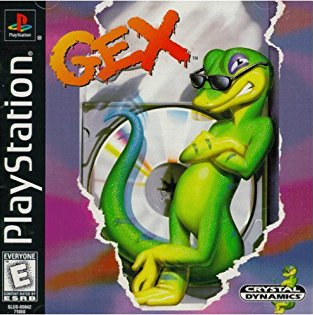 This week for Retro Game Friday I’m back with the first in a series that most people have forgotten. It’s Gex!

Plot Synopsis: Gex, a young gecko, was born to a family of geckos on the Hawaiian island of Maui as the oldest of 3-and-a-half other siblings. His father, who worked as a researcher at NASA, is killed in a rocket ship explosion during a zero-gravity mission. In the wake of this tragedy, Gex turns to the comfort of watching television in order to provide an outlet for his grief, eventually becoming addicted. After several fruitless attempts to get Gex to leave his TV set (including moving the family away from Hawaii to Encino, California), Gex’s mom eventually gives the TV away to a band of gypsies in order to get him to live his life. Gex, frustrated with his mother, runs away and vows to never return to her house again, living in a friend’s garage and making petty money by doing errands for other people.

One day, when Gex is riding his skateboard through the streets of California, he happens upon his mother, driving a black limousine, who informs him that his great uncle Charlie, a rich entrepreneur and the creator of a famous T-shirt brand logo, had died three days after Gex’s departure, leaving them with over $20 billion. The entire family goes on a massive spending spree, whilst Gex takes a small sum of the inherited money and opts to leave the family and retreat back to Hawaii in order to pursue his lifelong dream; using his riches, he buys a giant house in Maui and fills it with a massive television set, vowing to spend the remainder of his life secluded from the rest of the world only watching TV.

After a few days, Gex has fully achieved his desire, sitting solitary in the confines of his mansion and watching TV and eating snacks. One day, while looking for a good show to watch, he consumes a passing house fly. This insect turns out to be a small drone, being controlled by Rez, the overlord of the Media Dimension. Rez uses the small droid to “bug” Gex, and pulls him into the Media Dimension, intending to use him as the network’s new mascot character. In order to escape, Gex needs to traverse the Media Dimension and find remote controls which he could use to destroy the TV sets…

Plot: Don’t remember most of that plot? Me neither, as it was included in the game manual rather than the game itself like so many other games did back in the day. It’s a fairly ridiculous story, but considering that it’s a game meant for kids, that’s not too surprising.

Gameplay: The game was pretty tough, although I found out why when I was looking up the Wikipedia of the game. Only the 3DO version of the game included the ability to save, the other versions requiring the use of passwords to start up again. If you lost all your lives you had to restart the game, and if you didn’t have a pen and paper handy to record the passwords you’d be screwed if you died.

Art: The art is okay, but has aged a bit poorly. It’s not too bad though as it’s mostly 2D and that stuff ages pretty well.

Overall: A tough game for those not playing on the 3DO. 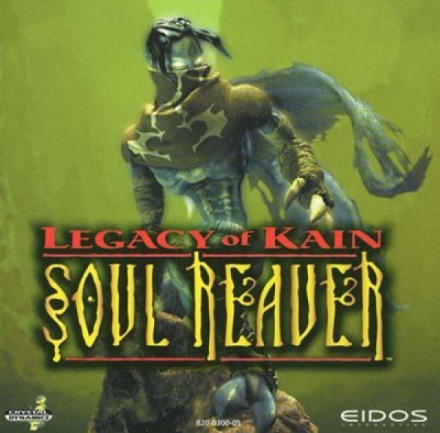 This week for Retro Game Friday I’m back with a real classic game. It’s Legacy of Kain: Soul Reaver!

Plot Synopsis: Raziel approaches Kain’s throne and extends newly grown wings. In an act of seeming jealousy, Kain tears the bones from Raziel’s wings and has him thrown into the Lake of the Dead, a large natural whirlpool; however, Raziel is resurrected as a wraith by The Elder God to become his “soul reaver” and kill Kain, thus restoring Nosgoth.

Plot: The plot is pretty good, although due to legal issues between developer and publisher there were some parts missing from the game that were added to later games.

Gameplay: A hack and slash this game is pretty damn fun. In addition gliding with Raziel’s wings was tons of fun. Honestly the game mostly revolves around switching back and forth between material and spectral planes to either attack enemies or complete puzzles.

Characters: The characters were okay, with Raziel being on a quest for vengeance the cast is fairly jaded which was odd for me at the time. Granted I was a kid, but it was a marked difference from games like Zelda or Donkey Kong.

Art: The art has aged poorly, however there are rumors that this will be getting a remake or remaster.

Music: I don’t remember much of it, mostly I remember my cousin laughing as I took down enemies.

Overall: This is a great game, often thought to be the best in the series. Hopefully a remaster will be coming soon.

For those who like: Action, Hack and Slashs, Intriguing Gameplay, Good Plot.