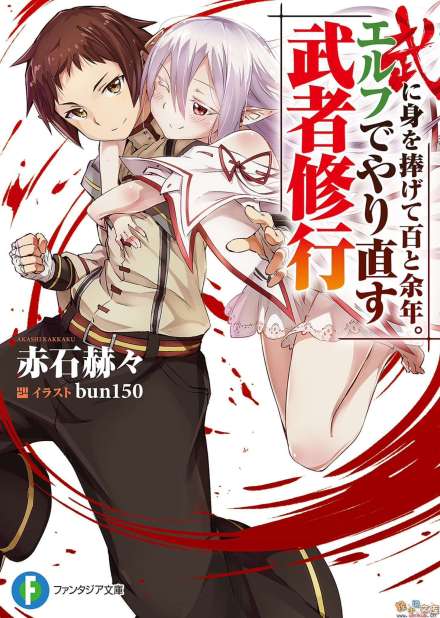 This week for Translation Necessary Thursday I’m back with another web novel series I read a few years back. It’s Bu ni Mi Volume 01 by Akashi Kakkaku!

Plot: This is a mix between the typical reincarnation genre from Japan and the more martial arts oriented Wuxia genre from China. It’s actually quite a good plot, guy dies of old age with two regrets, he didn’t master his martial arts and he didn’t get to see his adopted daughter and disciple, an elf girl, grow up to be happy. Then he gets reborn as an elf, and learns he’s now posthumously famous because his “daughter” is a bad ass who took his teachings and became a world wide hero.

Characters: Slava is our main character and is pretty decent, although he is a battle maniac so take that into consideration. The rest of the cast is okay, but it mainly revolves around Slava, Sheryl and Alma in this first volume.

Overall: This is a fun series that mixes two of my favorite genres in fiction and does a pretty decent job of it.

For those who like: Tensei, Wuxia, Martial Arts, Action, Decent Cast of Characters.

I’m back with the sequel to Past Tense for this week’s Bookish Wednesday! It’s Present Tense, Book 02 of the Days of Future Past, by John Van Stry!

Plot Synopsis: Coyote has a new task for Paul, one that involves him traveling north hundreds of miles over the post-apocalyptic landscape of California, the place that Paul once called home.  Thankfully, Sarah and Heather have both decided to go with him and between Heather’s shooting skills and Sarah’s magical ones; Paul thinks he might just live through whatever scheme Coyote has enlisted him in. If he can live through telling the girls just what Coyote’s got him carrying in his pack now of course….

Plot: The plot is again pretty good, though not super amazing it was entertaining enough. There is plenty of action and adventure along with harebrained ideas that are plenty of fun to experience through the story.

Characters: We get introduced to quite a few new characters, and while saying who my favorite new one would be a huge spoiler, I will say that Coyote is definitely my favorite overall character.

Overall: A solid sequel and middle book in a solid trilogy.

This week for Bookish Wednesday I’m back with a series I stumbled across fairly recently. It’s Past Tense, Book 01 of the Days of Future Past series, by John Van Stry!

Plot Synopsis: Paul’s been having a bad day, perhaps one of the worst days he’s ever had. And now into the middle of all this, his instructor just got drafted by some mystical goddess to help save a world. As for Paul? Well, he’s really not supposed to be there, and if he thought he was having a bad day before all of this, it just got worse, a lot worse. He’s now on a one way trip, forced to help a man who despises him…

Plot: The plot is pretty good, nothing spectacular, but not super terrible either. It was entertaining and I enjoy the use of Native American mythology in conjunction with more standard Fantasy. I won’t say more about the plot, because this book is fairly short, but it’s good for quite a few laughs.

Characters: The cast is pretty good, and while Paul is occasionally incredibly dense as hell, he’s not a terrible lead character. Of the side characters I think Heather is my favorite, if only because she’s quite true to her own nature.

Overall: A good first book in an fairly interesting series. Worth a read if you like Fantasy.

This week for Serial Saturday I’ve got a Fantasy story for you all, what you thought I only was going to do LitRPGs? It’s The New Journey of an Old Soul Chapters 1-20 by Vhiyungrang!

Plot Synopsis: The story of a soul seeking new adventure in a new life. A secret wish to find some things he never really found in his old life. Will the universe have other ideas for him again?

Plot: Let me get this out straight away, this isn’t a story for children and it contains some topics and subjects that may make you uncomfortable. I won’t say more than that there are sex scenes (although they add nothing to plot so skipping is completely ok). As for the plot this combines some concepts from Eastern Fantasy (Xuanhuan) into Western Fantasy although if you are expecting Coiling Dragon you will be sorely disappointed.  The plot is pretty damn amazing, and I thoroughly enjoyed this story’s first arc which is covered in these 20 chapters. This novel is completed just so you are aware.

Characters: Nelah is our main lead, and I find him to be quite enjoyable. The rest of the cast is also quite good as well.

Overall: A solid story, and a must read. That is, if you can stomach some uncomfortable subjects.

For those who like: Eastern Influences, Fantasy, Reincarnation, Awesome Plot, Fantastic Cast of Characters.

Not for those who don’t like: Any of the above, or some uncomfortable subjects. 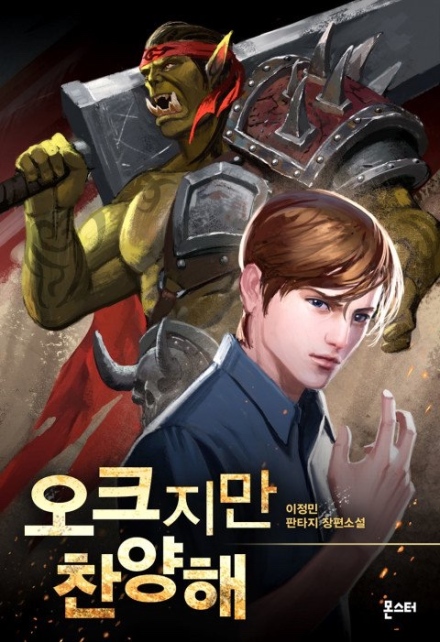 Plot Synopsis: Praise the Orc! is about Jung Ian, a cafe owner with a dark past, jumping into the world of virtual reality in order to protect his sister from any predators. However, things may not be as simple as they seem, as the world and its inhabitants proved to be much deeper than he believed them to be. Witness as he explores the lands of Elder Lord as an orc, a species labeled as the “game creator’s mistake”.

Plot: The plot is pretty good, although it’s very light on the LitRPG aspect. There is almost no explanation of skills and stats, which I find to be a bummer as that’s part of the charm of the LitRPG genre. However it does have tons of character development, so that isn’t terrible at all. There is almost no romance in these first few chapters, although there is some hints at a possible romantic sub-plot.

Characters: Ian is a pretty awesome main character, although I find that the lack of interaction with his sister Yiyu more than a bit disappointing. Especially when you compare the series to something like Legendary Moonlight Sculptor where Weed is constantly grubbing for money in order to pay for his sister’s education. Even worse is the fact that he starts playing Elder Lord to protect his sister from lechers.

Overall: A decent LitRPG, but lacking in some critical areas. You could do worse, but there are better series out there like LMS or Ark. 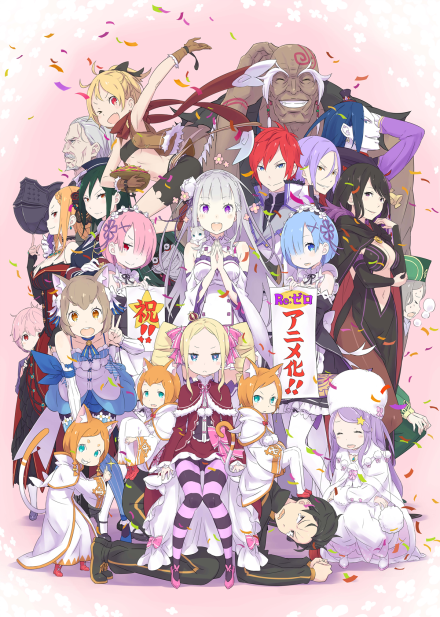 This week for Anime Sunday I’m covering the first half of the hour long premier of my most anticipated Anime of this season! It’s my ReZero Episode 01 First Half Impressions!

Plot: Subaru is a huge nerd and it’s quite amusing to see his reaction to his sudden transportation to a different world. It’s not nearly as sophomoric as KonoSuba from last season which is great, but it’s not nearly as serious as Grimgal either, though I’ve only watched the first half of the first episode since it’s an hour long.

Characters: Satella is a great female lead, and even though we don’t know too much about her back story yet, I’m pretty sure she’s dealt with huge racial discrimination from just being who she is. Subaru on the other hand being someone from Modern Earth, isn’t so hung up on it so it’s refreshing to see a character who just is happy to be somewhere new.

Art: The animation is done by a studio called White Fox, a studio I’ve never heard of but I’m loving this first half thus far so I’m happy for now! The art is wonderfully animated, although one small complaint is that the random people on the street that just pass by seem to be CG rather than animation. That is really my only complaint and I’ll probably get over it quickly.

Music: The music in this first half was wonderful, and while we didn’t get to experience the opening or ending themes yet, I’m hoping it will match the series well.

Overall: I’m pretty sure that this doesn’t feel like the calm before the storm sort of episode, but damn if it isn’t well done and I’m super excited for this series to continue. It will also be a 2-cour series, which means plenty of time for plot pacing to be properly done.