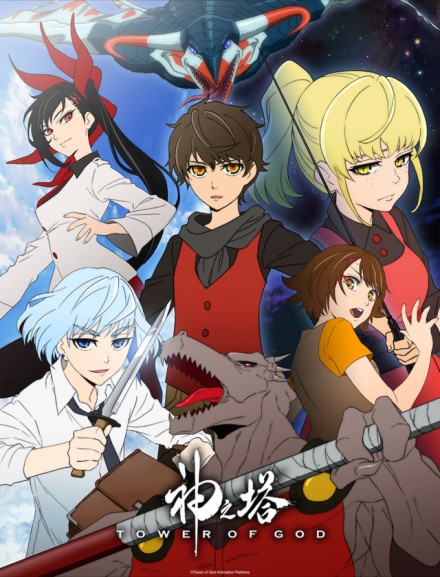 This week for Anime Sunday I’m back with the first series from the Spring 2020 season. It’s my Tower of God Episode 01 Impressions!

Plot: The plot is okay, but frankly it lacks any sort of pull for me personally.  Bam, our main character, follows his friend Rachel into the tower trying to meet up with her again. Considering that they only just seperated, or so it seems, the fact they don’t meet each other almost immediately seems contrived and doesn’t make any logical sense. Maybe future episodes will fix this seeming error, but I could care less. The plot to me, is tired and boring and just not engaging enough for me to spend the time needed to watch more episodes.

Characters: We really only get to see a few characters in this episode, and frankly they aren’t all that interesting. Bam seems to be just a blank shell for most of the episode and other than wanting to meet Rachel again doesn’t care for much of anything. Everyone else is just as boring as him.

Art: The art is pretty good, but not as good as my gold standard.

Music: It’s decent, not amazing but not terrible either.

Overall: A pretty lackluster series to me, others may enjoy this Korean Webtoon Adaptation, but I personally won’t continue to watch it.

For those who like: Action, Drama, Unnecessary Drama, Mysteries.

This week for Anime Sunday I’m back with another Summer 2019 series. It’s my Maou-Sama Retry Episode 01 Impressions!

Plot: The plot is okay, but not really that interesting either. Where as other series appeal to other things, either adventure, romance or comedy, this doesn’t seem to focus on any of that. Honestly this first episode seemed really bland and didn’t capture my attention at all. That’s not a good thing, as I tend to at least want to watch another episode or two, even if I don’t actually have the time to do so. I felt none of that with this series. The plot didn’t get my attention nor did the cast of characters which was incredibly small for even this first episode. In fact the plot goes almost nowhere in this first episode it seems like. I haven’t read the original Light Novel series, but I have little desire to now that I’ve seen this first episode.

Cast: Our main characters are Kunai, the main protagonist and Aku a little girl. Honestly I didn’t really enjoy Aku, and Kunai wasn’t that funny. They seemed rather bland and uninteresting compared to other main characters even though this entire episode seems to focus solely on them.

Art: The art is okay, but nothing special and nowhere near close to my gold standard of ufotable quality.

Music: The music is again okay, nothing special but not super terrible either.

Overall: Skip this series, if even I can’t be engaged by the end of the episode then I highly doubt most other people will really enjoy this series. I could be wrong and it picks up in later episodes, but first impressions do count for a lot and Maou-Sama Retry fails that spectacularly.

For those who: Fantasy, Isekai, Bland Plot and Cast of Characters.

Hey all I’m back with another Summer 2019 season series for this week’s Anime Sunday. It’s my Cheat Magician Episode 01 Impressions!

Plot: The plot is really stereotypical, and normally I try to give Isekai series more of a chance than just a single episode. However I just didn’t have the time this summer to watch more than a single episode. That isn’t to say I hated the episode, far from it. Cheat Magician is completely and unapologetically a stereotypical Isekai series, and makes no attempt to prove it’s otherwise.  It features completely overpowered characters, and supposedly a harem. I’m completely okay with that, as long as it makes no attempt to dress it up with an edgy plot or some other nonsense that is so typical in today’s Anime. I’m probably one of the few who is okay with how stereotypical it is, but Cheat Magicians doesn’t bother hiding it’s nature, it’s in the freaking title after all.

Art: The art is pretty good, but nowhere near as good as other series this summer season. Still it’s hardly even close to being as bad as anything Studio Deen puts out, so I’m okay with it being just good.

Music: The musical score fits the episode. I haven’t listened to the themes though so I can’t say much more on the subject.

Overall: It’s a stereotypical Isekai series. Take that as you will, but at least it doesn’t bother trying to hide that fact at all. That puts it over a bunch of other series already in my books.

This week for Anime Sunday I’m back with my first Summer 2019 series. It’s my Arifureta Episode 01 Impressions!

Plot: I’m pretty happy with the pacing of this first episode, as it seems the series is taking the plot fairly slow which allows for the anime to do the story justice. That said it is handled a bit fast, and doesn’t cover everything that I’d have hoped from the adaptation of a series I thoroughly enjoy. Maybe that’ll change in future episodes, but I am a bit disappointed.

Characters: We get introduced to our main protagonist, Hajime in this episode along with a couple of the heroines, Kaori and Shizuka. That said the plot is mostly focused on Hajime which is understandable given what the first volume of the Light Novel covers is mostly focused on him and another heroine, Yue.

Art: The art is fairly good, though there were some points where I thought I could see CG used, which is worrisome given how I tend to despise the use of CG if it’s detectable compared to the rest of the animation. Hopefully that is something I just thought I saw, but still it doesn’t bode well for my overall opinion of the series if it continues into later episodes.

Music: The score is well done, and I enjoyed both the opening and ending themes.

Overall: A fairly solid first episode, but there are some parts that led me to dampen my hopes that this adaptation would be as good as some other ones I’ve seen before.

For those who like: Fantasy, Isekai, Magic, Drama, Action, Adventure, Good Plot and Excellent Cast of Characters, Good Musical Score. 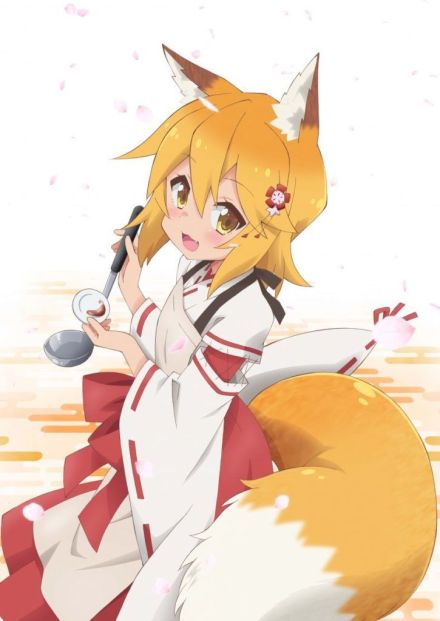 Hey all I’m back with another Spring 2019 Anime series. It’s my Senko-san Episode 01 Impressions!

Plot: This is a heartwarming, or as some call it “fluffy”, slice of life series, and I’m not just saying fluffy because of the main character’s tail and ears. Honestly this is a pretty laid back and much more subdued series than my usual fare so it’s a nice change of pace for me to have watched this first episode. I’ll most likely get around to watching the entire series sometime in the near future.

Characters: Our main characters are Senko, obviously, and Kuroto who is a fairly gloomy and overworked man whom Senko decides to care and pamper for. The interactions are rather cute, and honestly I enjoyed their relationship quite a bit, if only because I can see the same type of gloomy nature that pervades my own life in Kuroto.

Art: The art is okay, but it’s nothing amazing either and certainly not close to reaching my gold standard of ufotable in terms of quality. That being said it’s not terrible either.

Music: The musical score fits the series perfectly, so I was pretty happy with this first episode in the audio department.

Overall: A solid and entertaining first episode, this looks to be an excellent series if you just want something heartwarming to watch.

For those who like: Slice of Life, Heartwarming Stories, Great Cast of Characters.

Hey all I’m back with the first Spring 2019 series for this week’s Anime Sunday. It’s my Kenja no Mago Episode 01 Impressions!

Plot: The plot is pretty awesome, the main character is quite clueless about how ridiculous he is and it’s quite frankly hilarious. I mean sure it’s hitting all the standard Isekai/Tensei plot devices, but the fact it does it well and in such humorous ways is awesome in my opinion. Whether this stays the case for however long the series airs, and I’m hoping for a 2-cour here, remains to be seen of course. But I have high hopes that this will be a fun series to watch.

Characters: Shin is our lead, and while he seems to have his head on right, he is quite lacking in the common sense department, which is the main plot device that is seen in this episode. Frankly I found it to be hilarious like I said above, but for some this might not be to their liking. The rest of the cast we see in this episode is pretty interesting, with Merlin being just as comedic in his actions, if not manner, as Shin. Frankly though my favorite character was Melida, if only because she seems to have the most common sense of the bunch, which leads to her throttling Merlin which like I said is funny as all hell.

Art: This is not the best animated series, but it’s also far from the worst and there could be much worse studios working on this series other than Silver Link, but it’s not even close to my gold standard ufotable’s level of quality.

Music: The musical score was pretty good in this first episode, though I didn’t hear the theme songs.

Overall: A fun series, though cliched it does so in a way that makes you really not care all that much about it and just enjoy the story.

Plot: This picks up after the end of season 2’s finale and deals with the growing tensions between Academy City and other world powers after Vento’s attack. If you’ve forgotten what has occurred in past seasons this is going to confuse you so I advise watching the previous two seasons of Index.

Characters: We don’t get to see many new faces, not exactly. That said we do get to meet a few, but I won’t name them due to spoilers.

Art: The art was incredibly well done, and I can only hope that the rest of the season keeps the same level of quality.

Music: The soundtrack is pretty great, not much more needs to be said.

Overall: A solid start to the final season of the first part of the Index series.