This week for Anime Sunday I’m back with one of the biggest series from Fall 2019. It’s my Fate Babylonia Episode 00 Impressions!

Plot: This is a very interesting Episode 00, it gives us a look at Mash’s life growing up which is something that isn’t really explored all that much, but is implied, in the original game. Frankly I thought this was an excellent episode, and definitely deserves watching before watching the rest of this series starting with Episode 01. As a final point I want to bring up I’d like to confirm that they are going to animate the final singularity of the Fate/Grand Order which takes place almost immediately after the events of Bablyonia so my hopes for such a thing occurring were correct!

Characters: Like I said above we get to learn more about Mash in this episode, but we also get to learn more about Roman and we get our first ever look at Marisbury Animusphere which is something we never got a chance to do in the original game. So all in all we get new looks at some of the major players in the Fate Grand Order series and it’s awesome.

Art: The studio who does the animation for Bablyonia is Cloverworks and they did an amazing job with this episode. I can only hope this quality continues for the rest of the series. They aren’t up to ufotable quality, but damn if they didn’t come really close and might be edging out SHAFT for my silver standard. I’ll be keeping an eye out for their works in the future to see if they will do that.

Music: The musical score is awesome, and takes many tracks from the game and uses them to devastating effect. I particularly loved how they used Shikisai for the final portion of the episode, it was an amazingly well done maneuver on their part.

Overall: A must watch series, Bablyonia is a masterpiece that deserves watching by everyone.

Not for those who don’t like: Any of the above, but seriously give this series a watch. It’s awesome. 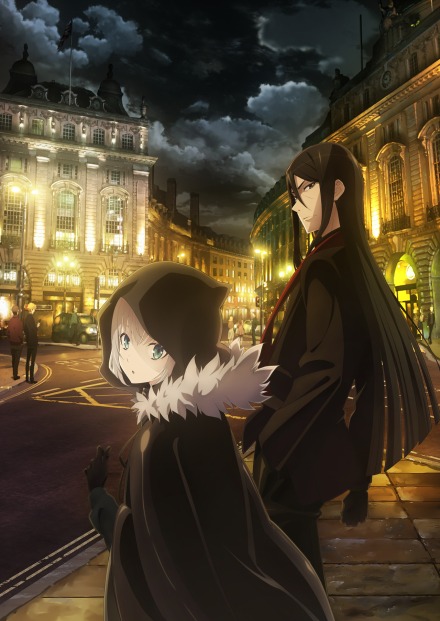 Hey all I’m back with another of the Summer 2019 series for this week’s Anime Sunday. It’s my Case Files Episode 00 Impressions!

Plot: This is a pretty good introduction to the main cast of Case Files, and highlights all the major players quite well. I quite enjoyed this episode myself as it was much more along the lines of a crime thriller than I was expecting, but had just enough action to sate that part of my desires.

Characters: The cast of Case Files is mostly the same five characters, although there are cameos from other characters from other Fate series. Still of all the main characters I think Gray is my favorite if only because she’s a very innocent character in the midst of a very much not innocent world. Still all of the cast is quite intriguing.

Art: The art is incredibly well done and while it’s not quite up to ufotable standards, at least to me, it’s really close.

Music: The musical score fits the series perfectly, that’s all that need be said on that matter.

Overall: A must watch series for those who love the Nasuverse. Hopefully there will be more seasons of this in the future.

This week for Anime Sunday I’m back with a post that is very overdue. It’s my Winners of 2018 post.

TenSura: I loved the original Web Novel of this series, and seeing it animated on screen was a real treat. It had awesome pacing, excellent voice acting, awesome animation although not quite at ufotable level of quality, and an excellent plot. If you haven’t given TenSura a try yet you really ought to give at least the first few episodes a chance. You’ll most likely be very pleasantly surprised.

Emiya-san: I’m always a sucker for Fate adaptations, but the fact that this is a non action oriented series that had some of my favorite characters of all time just eating good food and that it’s animated by my gold standard studio ufotable were what put Today’s Menu for the Emiya Family on this list.

SeiButa: I found this series to be rather interesting, with just enough supernatural to pique my interest and keep it. The fact that the romance doesn’t stray into the dreaded typical Japanese Harem with a dense MC scenario (like Nisekoi, Love Hina, or any of a number of other series) was just icing on the cake.

That’s it for this week’s Anime Sunday, and I’m sorry this post has been so overdue.

This week for Video Game Tuesday I’ve got an open question to the people at both Aniplex of America and Delightworks. I’m asking What’s Going On With F/GO?

Huh?: So for my readers here’s a brief explanation. In the past few months, the Fate/Grand Order community in North America has been growing more and more upset with the handling of the game by Aniplex of America. In particular Albert Kao, the Localization director for the NA Client has been getting a ton of flak, not least of which occurred very recently when he handled the Anime Expo panel incredibly poorly and unprofessionally.

If you want some proof just go to the Grand Order subreddit and look at all the posts complaining about Albert and his absolutely unacceptable behavior at that panel. In addition many fans are upset at being treated like crap compared to other servers, like China, not to mention the blatant favoritism shown towards the JP players. The latest insult in a series going back to Thanksgiving is the fact that the playerbase was screwed out of 20 Saint Quartz, the in game currency that you can pay real money for, for the recent Anniversary. The issue with this is that the anniversary was pushed back from the actual anniversary date of June 28th to be announced at the Anime Expo panel. Another inflammatory move that makes no sense to many players of the game, including myself. There are possible reasons, but those reasons all come down to a series of events that could have been easily avoided if they didn’t do a certain thing. And that was announcing things at Anime conventions. But that’s a topic for next week.

So here’s my question to Aniplex of America, what the hell are you doing? Many people understand how poorly Japanese companies can treat foreign markets, the whole Gaijin bigotry plays a huge role in this. But this has gone on many times and frankly it’s insulting to not only the playerbase, who you ought to be keeping very happy, but also the people who you invited to your panels who were subject to a man who looked like he had just shown up after panhandling for a day in the seedier neighborhoods of Los Angeles heading the panel. Do I expect an answer to my question? Nope, because at the end of the day I’m just a small time gaming journalist who can be very acerbic at times.

This week for Anime Sunday I’m covering my favorites from the last season. It’s my Winners of Winter 2018!

Today’s Menu for the Emiya Family: I really enjoyed this slice of life set in an alternate universe of the Fate/SN series. The fact it focuses on just food and some minor character interaction was refreshing from all the battles that occur in the Fate series. It being animated by ufotable might also have a big part in why this is one of my favorites.  Who am I kidding, it being animated by ufotable has a huge part in it.

Ryuo: I actually enjoyed this series quite a bit. While Sangatsu is a great series about Shogi it is also emotional wearing, so a more light hearted series was appreciated. The fact that Yaichi is a dense harem lead though is fairly disappointing.

Last Encore: I was pretty skeptical of this series after it diverged so greatly from the original storyline. It was interesting, but honestly it just makes me want to play the original game more. It also didn’t feature Tamamo, who is a much more interesting Servant than Nero in my opinion.

Hitori no Shita: I hated the first season of this show, it was terribly animated and the plot was sub-par. The plot isn’t any better, but the animation is much improved and thus get’s an honorable mention from me.

That’s it for this week’s Anime Sunday.