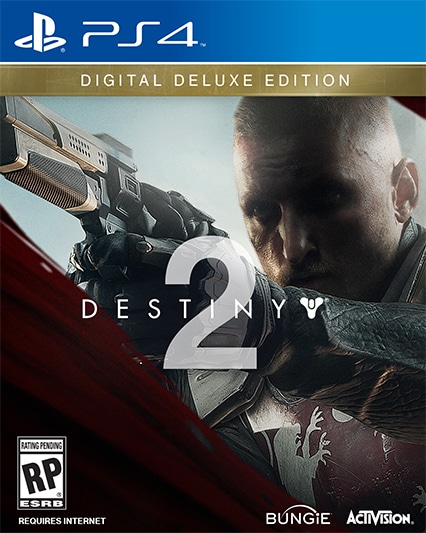 I’m back with a familiar topic for this week’s Video Game Tuesday. It’s all about why Black Armory’s Launch was a Failure!

Black Armory?: Black Armory was the first DLC drop after Forsaken launched for Destiny 2, and it was a massive middle finger to the player base once again. There were many things I had faintly hoped Bungie had learned from in the past, but apparently five years into this series they still make really stupid mistakes.

Like what?: They decided to make the first new activity of the new DLC an activity that even people who had the very best gear the day before the DLC released couldn’t complete without being highly skilled premade group despite flaunting the ability to match make the activity and locked it behind a tedious grind. Black Armory wasn’t like past DLC that included Story Missions, Strikes, New Vendor Gear, New Exotic Armor, or Crucible Maps, instead it included none of those things, and just added a new activity and a raid that was locked for a few days after it’s launch that started off at a new gear level that was vastly over the previous cap. They included no ability to catch up for those who hadn’t reached that previous cap, so those who were just hitting 500 power level were still unable to even contemplate doing these activities until a month or more had passed depending on their luck. This has been lessened with a recent hotfixed change that made Prime Engrams drop more often up to the 600 power level cap, but that’s a really shitty bandaid that doesn’t fix the issue with RNG deciding to give you the bird and still requires players to grind constantly.

The fact that the very first activity was geared for people at 630 power level was a big fat screw you to the player base considering the cap was 600, and getting 1 or 2 increase in power level is a serious grind for everyone at the level.  People who had stocked up multiple bounties with Powerful Rewards and keys from the Raid could easily skip most of the grind and get a character past this with ease, but most people weren’t expecting to have to continue doing the same old content just to even think about doing the new stuff and still most likely fail.

This was a serious mistake on Bungie’s part, and instead of really creating a solution they hotfixed it the next day to give the activity a 5 power level decrease in total, meaning people had to spend only a day or two less in a very lucky week to get to that level. I’ve long held that Bungie has no clue how to properly communicate with their consumers, and this is another mark in the long list of proof I’ve been keeping of this fact. I had been playing Destiny 2 nearly daily since Forsaken up to the release of Black Armory, a thing that hasn’t happened since the Dark Below way back in 2014. That quickly changed when I was told to continue the grind just to do a new activity that wasn’t really all that fun in comparison to the work required to do it. I’ll be deleting Destiny 2 off my PlayStation’s hard drive once again and I’ll hope Bungie gets a clue in the future on how to treat their player base, but it’s a tiny hope now and I expect only more screw ups from them.

That’s it for this week’s Video Game Tuesday. Have a Merry Christmas everyone!

This week on Video Game Tuesday I’m going to be talking about grinding.

What Grinding is: In RPGs, one usually gains strength and abilities through repeatedly killing monsters, over and over again.Forget trying to figure out the right combination of elemental attacks; just walk around a certain area and kill smaller monsters for a week, then pound away at the ‘boss monster’ as if you were the Incredible Hulk. (taken from tvtropes.org)

That is the basic idea behind grinding, and while it often applies to leveling your character up, it can also occur in other areas of a game. It’s also often attached to rare weapons/items in some way, either through having to grind to obtain such things reliably or to increase their power.

Why it can be bad: Sometimes, often in older RPGs, you need to hit a certain level to continue with the storyline or beat a certain boss. Most players hate this, and it’s been phased out of most games now, although some more recent games still have it. Final Fantasy 13 is one of the more recent examples where you are encouraged (through the use of incredibly hard bosses) to grind enemies over and over again before continuing in certain parts of the story.

Where it can be good: To earn really special weapons in games, if you just get lucky instead of having to “earn” it you are often despised by other players when they see you having that item. Legendary items like Valanyr and Shadowmourne from World of Warcraft are good examples of good grinding to earn it because you have to complete a long quest line to earn it; compared to the Twin Blades of Azzinoth is an example of the just getting lucky process.

Where it annoys me: I hate being forced to grind to continue in storylines, unless the combat system of the game is particularly fun. I didn’t mind grinding in Final Fantasy 13, I loved the combat system and the chance to use it more wasn’t a bad thing at all to me. Games like Destiny however force you to obtain better gear, and you could only earn it through pure chance and no other way, before continuing in the story. I don’t like having to leave it all up to chance, and many others don’t either. I’d much rather have a surefire, if slower way, of obtaining gear. A good example of such a system is the Tome system from Final Fantasy 14: A Realm Reborn. I earn through various activities Tomes that will allow me to buy gear if I’m not getting very lucky. It might take me a different sort of grind to get those tomes, but that type grind is often much more enjoyable because there are more than one way of gaining such items.

Grinding in General: Grinding will never go away, it can be faster to just grind out something in some occasions. A good example of a good grind is the spirit bonding system in Final Fantasy 14. If you go to a certain place in South Shroud you can fight quickly respawning enemies in a very tight circle that will give 5% of spirit bond per lap around.  I can deal with that, as it doesn’t take more than a minute or two if I’m alone, and 15 seconds if I’m partnered with a White Mage, to go through a single lap.