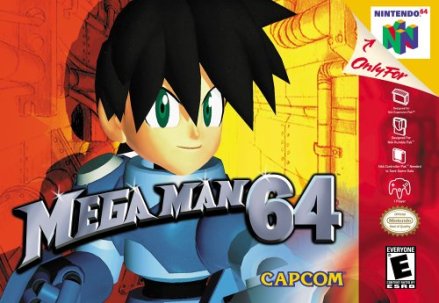 This week for Retro Game Friday I’m covering a game I loved as a kid. It’s Mega Man Legends!

Plot Synopsis: The Legends series takes place on a flooded Earth. Because of the flooding, only a few sparse islands exist and energy sources are rare. In order to satisfy this increasing demand for energy to power up machinery, quantum refractors found in ancient ruins are used. These refractors are valuable; they serve as an energy source, and their shards are used as currency. However, the main goal of every person is to find the Mother Lode, an item of supposed infinite power that can fill the need for the energy in one swoop. Those who try to excavate these ruins are called “Diggers” (“Digouters” in the Japanese version). The protagonist of the game is Mega Man Volnutt, a Digger living in a ship called Flutter. He lives there alongside Roll Caskett, his Spotter who is searching for her missing father; Roll’s grandfather, and Data, a mysterious monkey that talks in gibberish only Mega Man himself can understand.

Plot: The plot isn’t super serious, but it’s not bad either. I enjoyed it immensely as a kid. The gameplay though was what made the game.

Gameplay: This was the series first venture in 3D and it did an amazing job, and played a lot like a Zelda game. The game was fun, and even let you do random things like kicking cans into trash cans.

Art: The art hasn’t aged well, but it doesn’t really matter as the gameplay is still incredibly solid!

Music: The music was fun, but I don’t remember anything more than that.

Overall: This is a great game and since it’s being released in four days for the PS Vita and PS3 for only $10 you should go buy it if you are interested.