This week for Movie Monday I’m back with a comedy film. It’s The Sister Act!

Plot: The plot is pretty silly, although there are some very serious parts to it, like the reason that Deloris needs to go into Witness Protection in the first place. Still this is mostly a Musical Comedy, so expect lots of singing and goofiness.

Casting: The casting is pretty spot on with Whoopi Goldberg being the lead star in her role as Deloris. The rest of the cast is equally well done.

Cinematography: This didn’t have much special effects in it, it wasn’t a Sci-Fi or Fantasy movie after all. But it was pretty well shot nonetheless.

Music: The music was the main draw of this film and it was pretty awesome. That’s all that need be said.

Overall: A fun, and sometimes serious movie, with plenty of songs that the whole family can enjoy. 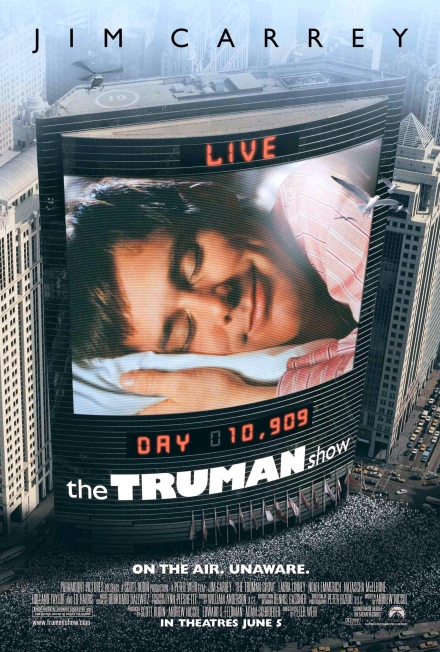 This week for Movie Monday I’m back with a classic. It’s The Truman Show!

Plot: The plot is pretty deep, which may surprise some people who are expecting a comedy since Jim Carrey is the star of the movie. The basic premise is that a kid named Truman is the star of a TV show, except he doesn’t know that. Everything and everyone in his life is an actor and his entire “world” is a TV set. A very advanced TV set, but still fake. It’s honestly a pretty cool premise, if not a little creepy. The fact that there is a mental disorder named after this movie is highly telling.

Casting: Jim Carrey does an amazing job as Truman, honestly I think this is one of his most serious films in terms of tone and he pulls it off amazingly. The rest of the cast is just as good.

Cinematography: The special effects are amazing, and that’s all that need be said for a non Fantasy/Sci-Fi film.

Music: The music is pretty great as well.

Overall: A very interesting and thought provoking movie, and a must see. 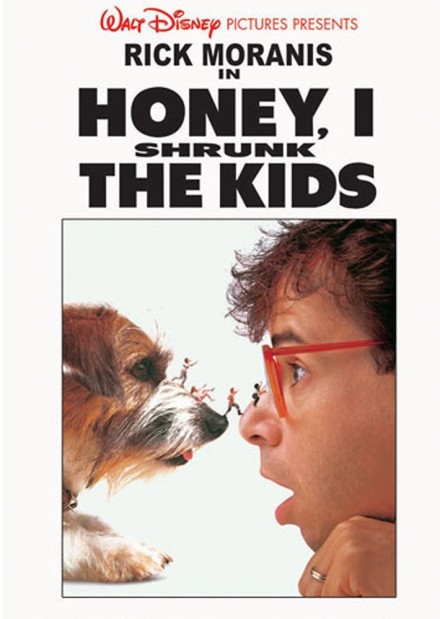 Hey all I’m back with a movie I forgot existed until just yesterday for this week’s Movie Monday. It’s Honey I Shrunk the Kids!

Plot: This is a very much comedic movie with not too much of a serious bent to it. It’s light-hearted fun for the whole family and that’s about it. Sure there are tense moments but frankly it’s played more for laughs most of the time, although the accidental death by lawn mower is rather morbid when you really think about it.

Casting: The cast is pretty good, with Rick Moranis being our lead character Wayne Szalinski. The rest of the cast is just as well done.

Cinematography: The shrunken portions of the movie were very well done for the special effects, although by today’s standards they are very lackluster.

Music: The musical score fit the movie, and nothing more needs be said about it really.

Overall: A fun movie, though forgettable as is evidenced by me only remembering it even existed very recently.

For those who like: Sci-Fi, Comedy, Low on Serious Drama, Good Cast, Great Special Effects for it’s day.

This week for Movie Monday I’m back with another Comedy. It’s DodgeBall: A True Underdog Story!

Plot: The plot of this movie is beyond silly, which is to be expected when the two lead actors are Ben Stiller and Vince Vaughn. Honestly I enjoyed this movie for what it is, a satire of most Sports films. Looking for deeper meaning than that is kind of pointless to me.

Casting: The casting is great, with Stiller and Vaughn as stated above being the lead actors. However this movie includes cameos from people like Lance Armstrong, this was before the doping scandals, and Chuck Norris. Yes he really did have a part in this.

Cinematography: There isn’t much special effects that were used, although the iconic scene of “If you can dodge a Wrench, you can dodge a ball” is probably one of my all time favorite scenes from a non-Mel Brooks film.

Music: The music fit the plot of the film, nothing more needs be said.

Overall: A fun movie, but don’t expect to be watching a serious film.

For those who like: Comedy, Sports, Ben Stiller, Vince Vaughn.

This week for Movie Monday I’m back with another comedy film. It’s Liar Liar!

Plot: The plot is okay, but keeps in line with the tone of other movies of Carrey’s that were released around the same time like Ace Ventura and Dumb and Dumber.  Frankly it’s not that great as a story, with a very thin plot premise about not being able to lie at all, but it does well because of the cast.

Casting: The lead is of course Jim Carrey who plays Fletcher Reede, a lawyer and divorced father. Maura Tierney plays Audrey his ex. The cast is pretty good, but frankly Carrey carries, and pun sort of intended there, the movie with his exuberance and physicality that draws in the viewer more than almost any other character.

Cinematography: There isn’t any special effects worth noting really, but it wasn’t vomit inducing to watch so it doesn’t fail in terms of cinematography.

Music: The music fits the movie, which is all that needs be said. It’s not memorable, but it’s not something that made me want to bash my head against a wall to forget.