This week for Retro Game Friday I’m back with a Mario game that really doesn’t deserve any praise except for one specific part. It’s Mario Hoops!

Gameplay: This was almost entirely a purely gimmick game to take “advantage” of the DS’ touch controls. Honestly it sucked, and the fact this was never expanded on or got a sequel should be extremely telling. Making matters worse was the lack of online multiplayer, which really sucked.

Art: The art is mediocre, it’s aged very badly and looks little better than the Mario 64 port that happened for the DS on launch.

Music: Here is the one positive from this disaster and that is the fact it was Masayoshi Soken’s very first game he composed for. Since he’s since gone on to become one of Square Enix’s best musical wizards that is something I’ll be happy about regarding this game.

Overall: Stay clear of this game, it’s controlled purely through gimmicks and isn’t that great a game even taking that out of consideration.

For those who like: Mario Games, Mediocrity, Great Music.

Not for those who don’t like: Either of the first two, the last one is perfectly acceptable.

This week for Retro Game Friday I’m covering a game that I really didn’t care for all that much. It’s Cooking Mama!

Gameplay: The gameplay is a series of Mini Games, and features heavily the usage of the touchscreen on the Nintendo DS. Honestly this was one of those games that were meant to utilize the gimmick of a system more than anything else, and while it sold pretty well, I still can never really be a fan of this game.

Art: The art is okay, it’s not amazing, but given it’s 2D nature it’s aged much better than most games of it’s time. Still it looks old and weary now a days.

Music: This was a portable game, which meant that I didn’t get to listen to the music of it. So I can’t remember anything of it. Sorry.

Overall: This is a game that is easily skippable. The only noteworthy thing I remember about this game was PETA protesting it by making a Flash game parodying it.

This week for Retro Game Friday I’m back with another Castlevania entry! It’s Castlevania: Order of Ecclesia!

Plot: The plot is okay, it’s not the best of the series by a longshot, but it’s a hell of a lot better than the later 3D reboot that graced the last gen of consoles. It’s also nice that Shanoa is a completely standalone character and in no way connected to the Belmont line of the series.

Gameplay: The gameplay is a bit like Symphony of the Night and the more classic Castlevania games. It uses the heart system which was absent from the more recent prior entries to fuel certain attacks which was absent in both Dawn of Sorrow and Portrait of Ruin. I enjoyed the gameplay, and if Dawn of Sorrow had forgone the touch screen completely I wouldn’t be torn between Ecclesia and that for my top Castlevania games after Symphony of the Night.

Characters: Shanoa is our main character and she’s quite a bad ass. That being said this isn’t the best entry in terms of characters as it really revolves only around a few, namely Shanoa and Albus her enemy and once compatriot.

Art: The art is okay, and sticks to the Symphony of the Night style that was the peak of the series in my opinion. It could be a remastered with today’s standards, but it holds up fairly well regardless.

Music: I don’t remember much of it and since it was a handheld I didn’t listen to much to begin with.

Overall: A good entry, but not the best in a long running series.

For those who like: Metroidvania games, Action, Exploration, Drama, Badass Female Leads. 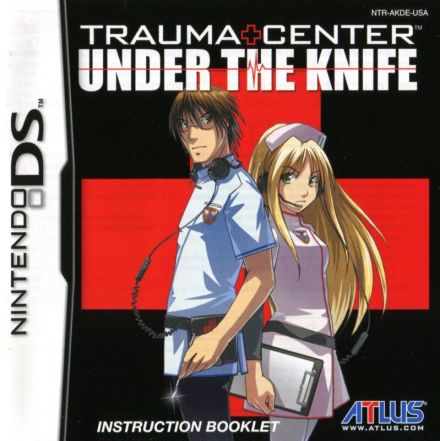 This week for Retro Game Friday I’m back with another game for the Nintendo DS. It’s Trauma Center: Under the Knife!

Plot Synopsis: Derek Stiles is a doctor at Hope Hospital. After the near-death of a patient due to his negligence, he encounters the scene of a car crash and ends up working on a patient with incredibly severe injuries to the heart. Just as it seems like the patient is done for, a power within Derek is unlocked, and miraculously saves the patient. The power emerges once more, and Derek saves another patient when a seemingly routine operation gets dangerously out of hand. His superiors recognize the ability. They tell him that his power is said to be that of a descendant of the Greek god of medicine, Asclepius, and his gift is known by the same name, though is more frequently referred to as the Healing Touch….

Plot: Honestly I forgot that this had a story, as I was never very keen on this whole game. I have a huge fear of needles, so this entire game is more than enough to put me into a panic. Honestly I touched this game like once, before never thinking about it again until I read the title somewhere recently.

Gameplay: You play as Derek, and perform various operations. Doing so quickly and flawlessly is the goal and is measured in points. To be fair the gameplay was tough due to the gimmicky nature of the touch screen controls. But those who could handle that would find that they can play the game very well.

Art: The art is highly aged, and even the 2D portions have aged rather poorly.

Music: I don’t remember a whit of it, sorry.

Overall: A game that is noteworthy for it’s take on the classic board game Operation more than anything else.

For those who like: Performing Surgeries, Touch Screen Gimmicks. 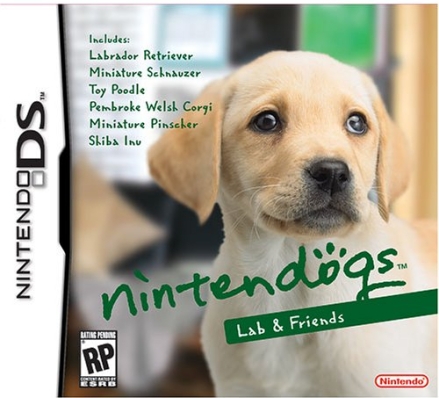 This week for Retro Game Friday I’m back with a title that was launched with the Nintendo DS. It’s Nintendogs!

Gameplay: This is a basic game in that it’s purely a pet simulation game. You interacted with the various breeds and picked one to play with. It used the various gimmicks included in the Nintendo DS, from the touch screen to the mic. Frankly it was purely a game made for showcasing the various gimmicks, rather than any meaningful gameplay.

Art: The art has aged incredibly poorly, but that’s to be expected from a game made purely in 3D.

Music: Not much to talk about here, it’s all very bland.

Overall: A skippable game, who’s only noteworthiness is that it was a launch title for the Nintendo DS.

This week for Retro Game Friday I’m back with a really unheard of title. It’s Real Time Conflict: Shogun Empires!

Plot: That was the best plot synopsis I could come up with, sorry. The plot is so thin that it’s pretty much not there to begin with. Not that the gameplay is much better…

Gameplay: This is an RTS, which is almost never done right on anything other than the PC. This game shows it, although not because it was difficult to win, but because it was so freaking boring. You could, and should, use only units of archers to absolutely dominate any battle. Everything else was pretty much blown away if you just overwhelmed them with a shit ton of archers.  Seriously though it’s such flimsy gameplay that they could as well have thrown in the entire works of Shakespeare and still no one would’ve cared enough about this game to give it more than an hour or two of play. Although that might just be insulting to the Bard.

Art: The art is terrible, and even the cover art is incredibly dated. I mean seriously, those CG models are freaking terrible.

Music: I don’t remember a whit of it, sorry.

Overall: Never play this game unless you have no other choice of any other activities. Which should never happen as even sleeping is a better use of time then playing this piece of garbage. Just stay far, far, away from this.

Plot Synopsis: The planet Venom’s forces were all but destroyed, and there is thought to be peace. This is not to be, however, as a race of beings known as the Anglar rise from the acidic oceans of Venom, thought to be unable to support life. The leader of the Anglar plans on destroying the Lylat system, which Fox McCloud and crew set out to save. The Star Fox team has broken up, but re-assembles to fight the threat…

Plot: The plot was not that great, and even more frustrating is that there is no true ending to the plot despite there being nine different endings. Unfortunately for Command the gameplay wasn’t enough to save it.

Gameplay: The gameplay was okay, but what would have been okay with just standard Star Fox gameplay was mired by the fact that you had to plot your flight path using the touchscreen of the DS. This feature was supposed to add strategy, but to me it was all pointless gimmicks made to a perfectly okay game in order to highlight the DS’s touch screen technology.

Characters: What was unusual for this game was the fact that it allowed the player to play as 14 different characters, ranging from Fox to Panther from Star Wolf.

Overall: A less than spectacular game marred by the unnecessary focus on the touch screen.