This week for Movie Monday I’m back with another Comedy. It’s DodgeBall: A True Underdog Story!

Plot: The plot of this movie is beyond silly, which is to be expected when the two lead actors are Ben Stiller and Vince Vaughn. Honestly I enjoyed this movie for what it is, a satire of most Sports films. Looking for deeper meaning than that is kind of pointless to me.

Casting: The casting is great, with Stiller and Vaughn as stated above being the lead actors. However this movie includes cameos from people like Lance Armstrong, this was before the doping scandals, and Chuck Norris. Yes he really did have a part in this.

Cinematography: There isn’t much special effects that were used, although the iconic scene of “If you can dodge a Wrench, you can dodge a ball” is probably one of my all time favorite scenes from a non-Mel Brooks film.

Music: The music fit the plot of the film, nothing more needs be said.

Overall: A fun movie, but don’t expect to be watching a serious film.

For those who like: Comedy, Sports, Ben Stiller, Vince Vaughn.

Hey all I’m back with a book I was requested to review by the author for this week’s Bookish Wednesday. It’s The ABCs of University by Luke Patitsas!

Plot: First things first, this is a picture book that is only 35 pages long, and it took me about 5 minutes to read it from end to end. I probably could have done it faster, but I had just woken up and I wanted to see what this email was all about. Secondly this doesn’t really have much of a plot, except poking fun at all the typical college drama and struggles. Frankly this is amusing but I wouldn’t buy it myself. That is partly due to me having gone through college and hating it, and partly because I’m a spendthrift and I can’t countenance spending $7 on a book that won’t hold my attention for more than ten minutes, not to mention it taking me less time than that to read. That isn’t to say that this is a poorly done book, the artwork is decent, and fits the style of a children’s picture book, but it’s not a sprawling epic you can really sink your teeth into either.

Artwork: Miss Loong did a pretty good job fitting the theme of the book, but most pages are fairly empty with just a single character and some words on it. For a picture book that is fairly lackluster, and leaves a lot to be desired. What is there though is well done, so credit must be due for that.

Overall: A fun book, but not worth the price it’s being sold at. At least to me, for others they may disagree, but I cannot advise anyone to buy it at it’s current price point. 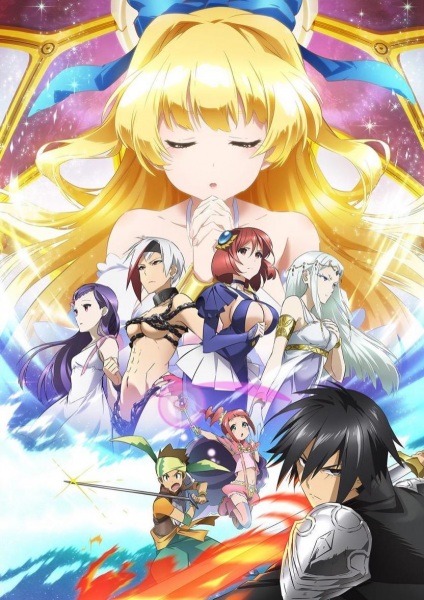 Hey all I’m back with another series from the Fall 2019 season for this week’s Anime Sunday. It’s my Cautious Hero Episode 01 Impressions!

Plot: This is almost pure satire, and it’s pretty funny. It pokes fun at pretty much every single gaming and Isekai stereotype out there. The plot was pretty slow in this first episode, but given that this is based off a Light Novel series I can’t help but think that it was in the adaptation’s favor to do so, although I haven’t read the original Light Novels.

Characters: Rista and Seiya are our two main characters and they are pretty hilarious. Rista is the typical goddess on the outside, but she’s pretty snarky in her own thoughts and speech, which was a nice deviation from the standard trope. Seiya is a really cautious guy, and overprepares for EVERYTHING. A friend gives him some lunch? He’ll check for poison. I personally thought that was hilarious, although the gag might get annoying later on if it continues. So if they keep playing it up it might annoying.

Art: The art is pretty good, White Fox did the animation and they did pretty damn good, but still not up to my gold standard of ufotable.

Music: The musical score is decent, and the theme was at least catchy. It wasn’t overly memorable, but it wasn’t terrible either.

Overall: This might be really good, this first episode was pretty funny, although if they keep playing the overly cautious gag all the time it might get annoying.

For those who like: Isekai, Action, Comedy, Overpowered Heroes.

Hey all I’m back with the third volume in the satirical Isekai series I’ve taken a liking to recently. It’s Instant Death Volume 03 by Fujitaka Tsuyoshi!

Plot: The plot is pretty good, but it starts off very oddly. Still the rest of the volume is pretty much Yogiri being his pretty passive self only to scare the living daylights out of pretty much everyone except Tomochika.

Characters: Honestly the entire class of Tomochika and Yogiri is made up of some really freaking weird people. That said I really did like seeing the new perspective of Ayaka.

Overall: A fun volume for this Satirical series.

This week for Translation Necessary Thursday I’m back with the second entry in Yogiri and Tomochika’s adventures. It’s Instant Death Volume 02 by Fujitaka Tsuyoshi!

Plot: The plot continues with it’s comedic bent, and adds even more fuel to that fire with this volume. Honestly it’s kind of hilarious how much the plot tries to hammer home how much of a murderhobo many Isekai characters are, which when you look at it is pretty apt. That said if you were expecting serious drama, you should look elsewhere as you won’t find it here. Honestly I enjoyed reading this volume if only because it’s very much poking fun at the Isekai genre and main characters of fantasy role playing games everywhere.

Characters: We get introduced to more of the world, but the stars are still Yogiri and Tomochika, although she now has to deal with her ancestral spirit trying to egg her on into becoming a pyschopath. Which is again really funny, because that’s the exact opposite of what you’d expect of such a being.

Overall: A fun second entry, you should definitely give it a try.