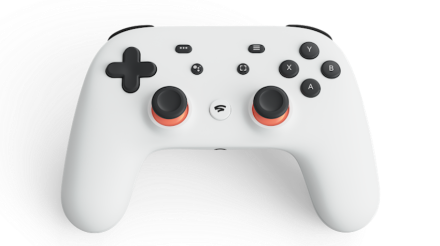 This week for Video Game Tuesday I’m looking at Google’s new console now that is has been out on the market since November. It’s Stadia 4 Months Later!

Stadia? what’s that?: Exactly, Stadia was being hyped up to be the big console killer, to replace all consoles and allow anyone to enjoy a game in super high definition without having a super gaming PC. 4 Months later and it’s still pretty much an unknown and has a grand total of 29 games available to play. That’s a terrible lineup, but that’s not all! Nope it’s had mutiple technical issues, from streaming lag impacting gameplay to not actually meeting resolutions as “promised”. That last is in quotes because pretty much every single line on the Stadia webpage has an asterisk on it with at least a quarter of it being footnotes for gods sake. So while it sounds like a great idea, it just won’t be until the US has a standard internet connection that isn’t utter crap.

So it’s like I said prior to this being released and when it was being hyped up months ago. Stadia is a great dream, but that’s all it will ever be until the US gets better internet for everyone.

Hey all I’m back for this Video Game Tuesday with some thoughts on Googles upcoming Streaming service. It’s all about Stadia!

Stadia?: In case you haven’t heard Google is launching a streaming service platform for gaming called Stadia that will “supposedly” be able to play lots of games with maxed settings without any hardware except a controller and TV/Monitor.

What do we know?: Quite a lot, we know the controller will be $70 and that the base subscription will be $10 a month, which is pretty pricey although there is apparently going to be a free version of the service. In addition to play using Stadia at all in 2019 you’ll need to pay for the very pricey Founder’s Pack that costs $130. That isn’t even counting the fact that you can either wait for newer games to be added to the available library or pay for them seperately to play them immediately.

That sounds pretty great!: Yeah hold your horses right there pal, it’s not all unicorns and sunshine. First this is going to be absolutely killer on your data usage, with 10mbps being the recommended bare minimum to play games at only 720p and 35mbps being needed for stuff at 4K resolutions. Now unless you live in a big city, and that means on one of the coasts at least in the US, you most likely won’t ever be able to play using Stadia with any real reliability. So don’t be celebrating just yet, and Stadia hasn’t even been stress tested on a large scale yet, although last year’s Assassin’s Creed Odyssey was playable on Chrome. In all honesty it’ll probably be a nightmare, especially with games like Destiny 2 which is one of the headliners of the service. You’ll be subject to a bunch of lag most likely which will render multiplayer games like Destiny 2 completely unplayable and not at all enjoyable.

So this is doomed to failure?: Probably, I mean this is incredibly ambitious and honestly I just don’t think the US or any other country except maybe Japan has the infrastructure necessary for such a service to be successful. 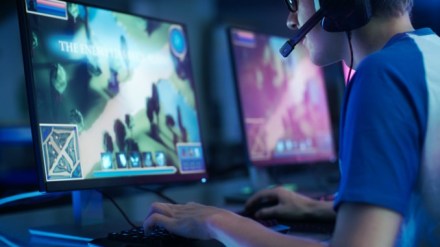 Hey all I’m back with an answer to a question I’ve been asked a couple times for this week’s Video Game Tuesday. It’s all about Why I Don’t Stream!

So Why Don’t You?: There’s a few reasons, foremost of which is that I hate the sound of my own voice. It just isn’t the right voice for narration or commentary in my own opinion. The few podcasts I’ve taken part in with my GiN co-workers were not pretty for me in my own judgement and I think I made a miserable showing of myself.

Secondly I’m busy as hell. I have to read thousands of pages worth of content every week to keep a steady stream of content for posts, and even with my admittedly incredibly fast reading speed it takes most of my waking time reading to give myself stuff to cover.

Thirdly, and this ties into the second reason as well, I couldn’t keep a regular streaming schedule. If I don’t do it daily, and for more than a few hours every day, I’m not going to be successful streaming. I am often away doing other things like dog sitting for my family and that isn’t tied to a consistent schedule. Sometimes I might go over every week for most of the week, or I might not go for a month. That doesn’t lend itself towards being able to do consistent streaming and it’d be a huge disservice to my viewers.

Finally I don’t have the equipment for doing so, and it’s well out of my budget. Granted that this is a big reason, but really the first three reasons are the more pressing issues for me.

Fun fact: I try to write my posts at least a week in advance to deal with my admittedly irregular schedule. Thankfully WordPress has a handy scheduling function that allows me to write content days and weeks in advance.

That’s it for this week’s Video game Tuesday! 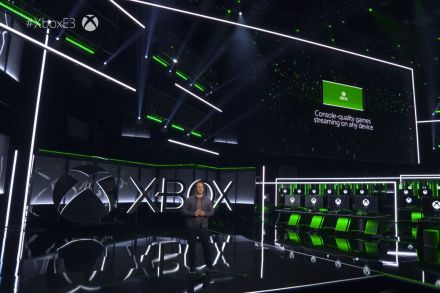 Hey all for this week’s Video Game Tuesday I’m going to cover some thoughts on some of the rumors and comments I’ve heard recently. It’s all about Streaming Consoles!

Streaming Consoles: I’ve heard multiple comments and rumors saying that the next generation or the one after will be all about streaming like PS Now. Here’s why I find that concept to be utterly laughable.

Why?: Well okay there are many reasons including but not limited to the reason most people buy a console now a days, other than exclusives like Zelda games, is because it’s a one time buy that will last for years and will consistently play games with little to no maintenance on the user’s behalf. You don’t have to worry about malware mucking up your console to the point of being unusable. You don’t have to search for constant upgrades for the console, like you might with a PC either.

In addition they serve as excellent media centers for homes even when you don’t want to use the console for gaming. I rarely play a game on my PlayStation 3 anymore, but I use it all the time to watch Netflix or other things.

But that’s not a good enough reason!: You are absolutely right, however here’s the biggest and best reason I have that streaming consoles are a long, long way off. Infrastructure. Yes you read that right, Infrastructure is the main reason you won’t be seeing a streaming console any time soon by my estimates. Sure some people with delusions might think that it’s a great concept, but they forget a really simple fact. Most people have rather shitty Internet connections. Playing a game on multiplayer with a poor connection is an exercise in frustration and then you want to stream games exclusively? You want people to play a game with decent quality? You’re going to need to have them getting much better connections to the Internet than they are most likely getting. Unless you live on the coast in the US and are in a big city like Seattle or Los Angeles, you most likely don’t have that great of an internet connection.

Sure it might be okay for Netflix or the like, but that’s because the data being transferred is almost 99% one directional. If it was two directional, like it would have to be to be playing a game, most American’s would have a truly terrible gaming experience. That fact isn’t going to change anytime soon. It’s a simple fact of life that right now ISPs like Comcast or Time Warner don’t want to upgrade their systems to handle better speeds. It’s a huge expenditure that they don’t want to take on and they will fight tooth and nail to avoid giving every American citizen decent Internet. Hell even I don’t get that amazing of Internet, I get maybe 35 mb/s download speed and 10 mb/s a second upload at best where I live. There’s no way in hell that streaming a game is going to be doable with speeds like that.

This isn’t even taking into account countries like China, or European countries. I’m not fully up and up on their ISP situations, but business is business and their Comcast equivalents are going to be just as unwilling to upgrade their systems as their American counterparts. So no I see this concept being utterly stupid and ridiculous and not even profitable for Sony or Microsoft.