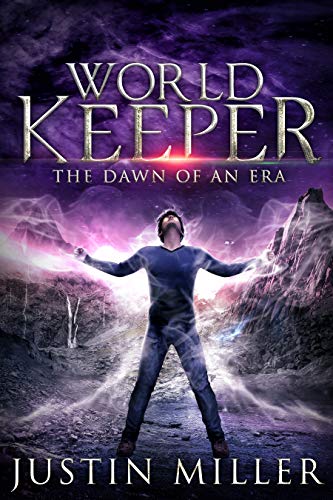 This week for Bookish Wednesday I’m back with the sequel to the book I covered last time. It’s The Dawn of an Era, World Keeper Book 02, by Justin Miller!

Plot: This is a great sequel to the first book, and really covers the growth of Dale’s new Earth quite well. It’s pretty humorous for the most part, and it does get past the arc that was ended on a cliffhanger at the end of the first book. That said if you hope for Dale to enter the Keeper’s games, that doesn’t happen in this book, so it’s still pretty slow paced. Still there are plenty of amusing points in the story. My favorite part was the Turtle Tide portion of this book.

Characters: We get introduced to a couple new permanent characters in this book, and my favorite of them is Leowynn, but I’ll leave the why to that is the case for you to find out. The entire cast is great though.

Overall: A great sequel in a very slow paced series.